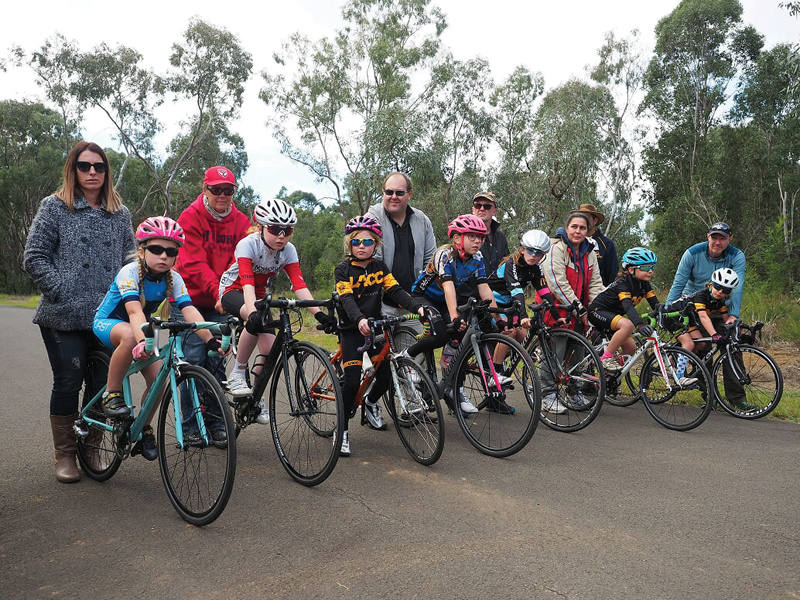 PEDDLING their way through three events over two days, a record 163 young cyclists have taken part in the fifth annual Dooleys Junior Tour of Sydney.

Hosted by the Lidcombe Auburn Cycle Club (LACC), the male and female riders ranged in age from just four through to 16.
Riders from NSW and Sydney clubs were joined by participants from as far away as the ACT, Victoria and Queensland Riders for a criterium race in Bass Hill, followed by a road race on a closed circuit at Lansdowne Reserve on Saturday, June 22, with a second open road race the next day at Oakville.
Tour race director Phil Dobe from LACC described the weekend, which was run completely by volunteers, as a huge success.

“The race at Oakville on Sunday was held on open roads which meant we needed support vehicles, traffic controllers and many more to run a safe event for the junior riders,” he said.
“For the first time this year, the Oakville road race was a NSW road state selection event. That means under 15 and 17 participants earn points to qualify for NSW Junior State team to represent NSW in National Junior Road Championship on the Gold Coast in September this year.
“Our club was represented by 20 riders over the weekend with many of them achieving podium results, which will help some of them reach the state team selection. But it wasn’t just about winning, it was great to see kids out there having fun.
“We’d particularly like to thank Parramatta, Hunter District and Bankstown Cycling Clubs for assisting with race venues and equipment support, and our sponsors Dooleys, Matrix Education, Yellow Brick Road Gladesville, Bincino Coffee and Cuore.”
For more information on the LACC, visit lacc.org.au.